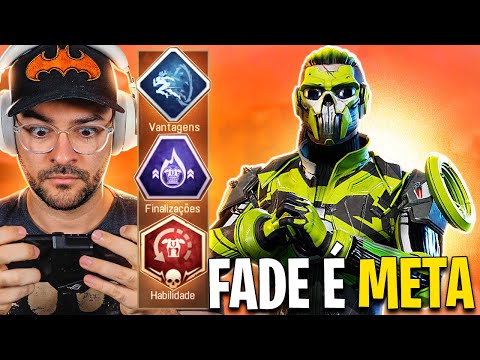 While it once was a novel concept, it’s now become the standard for FPS games to come with at least a few RPG elements in them. Usually, they come in the form of XP progression systems that gradually unlock new items, cosmetics, and things of that nature. _Apex Legends _took those ideas and expanded them to incorporate unique heroes called Legends that have their own classes and set of abilities. While it is by no means a full-on RPG — the better shooter will win the day almost every time — this extra layer of complexity helped make the game have an even higher skill ceiling to explore.

Apex Legends Mobile, rather than dumb down the core experience, actually adds even more RPG elements. Perks are a new system that adds a new way to further tweak and customize your favorite Legends. This system is brand new to the mobile version, so even those who have been playing the console and PC versions will need to learn how this system works. To get you caught up fast, here’s our guide on how Perks work in Apex Legends Mobile.

What do Perks do?

Simply put, Perks are modifiers that each Legend can unlock that can somehow buff that Legend’s default abilities and strengths. You can’t access the Perks menu straight away, however, and need to play at least a few matches before it will unlock. Once it does, you will see a unique skill tree of sorts with all the Perks for each Legend. These Perks are not drastic buffs, so don’t expect anything that will make you too powerful. They are kept somewhat tame so that more experienced players don’t have a noticeable advantage over new players. However, they can make a difference if you find some that synergize well with your playstyle.

Perks only apply to the Battle Royale game mode. If you play any other mode, they won’t apply to keep things balanced.

What are the different kinds of Perks?

Perks are broken up into three different categories: Perks, colored in blue, Finishers in purple, and Ability in red. Every legend has a total of nine perks to unlock across these three categories, three for each type.

How to unlock and equip Perks

Once the Perks section has opened up to you, you can begin to unlock and equip new Perks. However, like anything else in Apex Legends Mobile, you don’t get all your Perks for free. As you play matches with a specific Legend, you will unlock unique Tokens for that Legend that can only be used to purchase Perks for that Legend. That means you can’t grind out levels for one Legend and use those Tokens to unlock Perks for a different character, so make sure to level up more than one character to at least have a few Perks for each in case you need to switch off your main.

Once you have a nice stash of Tokens, head to the Menu, go to the Legends tab, and select the Legend that you’ve been grinding for. Select Details > Unlock to see the Perks skill tree. You will need to follow the flow of the tree, unlocking Perks in a somewhat dictated order, with each one farther down the line costing more and more Tokens to get.

As you unlock new Perks, it is important to note that, to further prevent this new system from becoming unbalanced, you can only equip each Legend with one Perk from each category: Perk, Finisher, and Ability. However, you are able to customize multiple setups with different Perk configurations to easily swap between loadouts you like between matches.