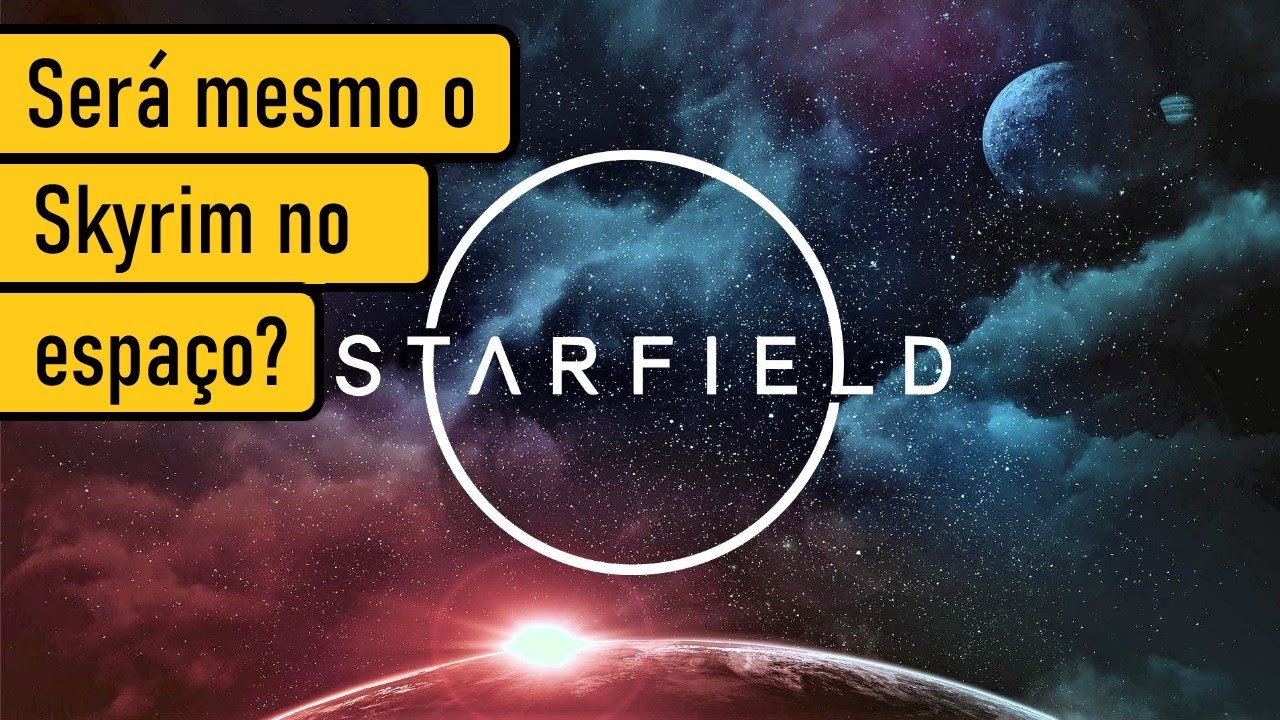 Bethesda is a studio that has found great success with its massive single-player RPG games like The Elder Scrolls V: Skyrim and Fallout 3. While the company’s recent fumbles with games like Fallout 76 (and, to a lesser extent, Fallout 4 ) have disappointed gamers, the studio is pushing forward and has some ambitious projects on the horizon. One such project is Starfield, a game that was first announced during Bethesda’s 2018 E3 presentation.

Following Microsoft’s acquisition of Bethesda, rumors about Starfield ‘s release have ramped up, and we may get to see more later this year. We still don’t know much about Starfield, but we’ve gathered as much information as we could to bring you everything we know about Bethesda’s upcoming sci-fi RPG.

When is the Starfield release date?

Starfield is gearing up to launch on November 11, 2022, which is 11 years after the original release of The Elder Scrolls V: Skyrim. This was announced during the Microsoft and Bethesda E3 2021 presentation, where we got another look at the upcoming space adventure.

During an interview with GameSpot, Howard advised that “everyone should be very patient” when it comes to getting their hands on Starfield. Bethesda hasn’t said when it’ll be able to show us more, which is partially why there was an internal debate concerning its reveal at E3 2018.

There was discussion that Bethesda was originally planning to ship Starfield much earlier — possibly in 2020 or 2021. If the company was counting on shipping Starfield in 2021, the COVID-19 pandemic likely slowed production, pushing it further out. Following the poor reception to Fallout 76 in 2018, Bethesda likely wants its next game to be as refined and polished as possible, which will take time.

Pete Hines told Eurogamer that development times haven’t changed at all when compared to the studio’s past games. In reference to when we’d learn more about Starfield, Hines said, “Timeframe-wise, it would still be about as long as you’d expect when you look at Fallout 3 to Skyrim to Fallout 4 to Fallout 76. It’s still going to be those periods of time — that hasn’t changed. Or at least, I don’t think it will change from that based on what I know.”

Considering how common it is for games to be delayed these days, it wouldn’t be surprising

What we do know is that Starfield will release for Xbox Series X|S and PC. At this point, it’s clear it won’t come to PlayStation or Nintendo since Bethesda is now a first-party Microsoft developer. Before the game’s E3 2021 showcase, GamesBeat’s Jeff Grubb said that Starfield will not appear on PlayStation, stating that it’s exclusive to Xbox. Microsoft confirmed this during its most recent showing.

For a while, it was unclear whether Starfield would come to Xbox One, but following its E3 2021 showing, Bethesda confirmed it will only launch for Xbox Series X|S and PC.

Speaking with The Telegraph, Howard said, “You don’t ever want to leave people out, right? But at the end of the day, your ability to focus and say, this is the game I want to make, these are the platforms I want to make it on, and being able to really lean in on those is going to make for a better product.”

Given the game’s scope, it makes sense it will only be available for current hardware.

We got our first glimpse at Starfield during Bethesda’s E3 presentation in 2018, and aside from conveying tone, it didn’t reveal much. Bethesda was actually reluctant to reveal the game so early, but, as Howard explained during an interview with NoClip, fans had already suspected the team was working on Starfield following its trademark filing in 2013. The team wanted to give fans a roadmap for what to expect from Bethesda Game Studios going forward and decided to pull the cloak off — but maybe too early, as some fans have pointed out.

The more cynical side of the internet believes the company revealed Starfield when it did to distract from the announcement of Fallout 76, which didn’t have the best reception, even before its release. The company had to have known the community wouldn’t take kindly to an online Fallout game, so perhaps Starfield and The Elder Scrolls: VI were revealed to hold fans over. Bethesda would never admit that, of course.

“There are a lot of factions in the game, but that’s the main one that you’ll become a part of. It’s kind of like Skyrim in terms of the structure of the game, where you’re going to be who you want to be, and then [there are] different factions that you can join and really carve your own path.”

It’s still unclear if you’ll be able to freely explore the universe as you can in No Man’s Sky, but at this point, Bethesda hasn’t given us any reason to believe it’ll be designed that way. We do know science and religion will play a part in Starfield, as stated by Howard. “We ask some big questions in the game — the kind that people have asked when they look to the sky, you know? ‘What’s out there? Porque estamos aqui? How do we get here?’ And we get into science, we get into religion.”

Fans worried about multiplayer getting in the way of a quality single-player story (looking at you, Fallout 76 ) should rest easy. According to a Eurogamer interview with Bethesda’s Peter Hines, Starfield “is decidedly single player.” The company has described Starfield as a core Bethesda game we’ve come to expect — only this time, it’s set in space, which is new to the studio.

Since we aren’t exactly sure what this game will look like yet, it’s still too early to know about possible Starfield DLC. But if Bethesda’s other main franchises — Fallout and Elder Scrolls — are any indication, DLC is a safe bet for Starfield. This could come in the form of additional single-player content or perhaps new cosmetics and in-game gear. All we can do is speculate at this point, but if we had to bet, we’d say there will likely be add-on content of some kind in this game.

Bethesda worked with Elon Musk to bring ‘authenticity’ to Starfield

At E3 2019, Todd Howard, Elon Musk, and The Game Award’s Geoff Keighley discussed developing games, among other things — and Starfield was brought up. Howard told the audience he went to Musk’s company, SpaceX, to gather information and inspiration for Starfield. This means Bethesda is attempting to keep the game based in reality while still making it fun to play. Howard used the word “authenticity” to describe the way Starfield is supposed to feel.

In the same chat, Howard described possibly using Helium-3 to fuel rockets in-game. This ostensibly hints that some sort of space travel will be available in the final product. “We have to game-ify it some, so it’s not as punishing as actual space travel,” Howard added. He compared space travel in Starfield to “flight in the ’40s” in that it’s still fairly dangerous. All of this will be fully realized, thanks in part to collaboration with Musk’s SpaceX.

This talk occurred in 2019, so much of what was mentioned could change — as games typically evolve tremendously throughout their development. Certain ideas stick, while others — even if enormous amounts of time and resources are spent on them — might not ever come to be.

It has been in the works for over 10 years

Typically, Bethesda has multiple projects going on at once — with one getting the majority of the focus while the others sit to the side and gestate. We know the company filed for Starfield’s trademark in 2013, which means it had to have been thinking about it for a while before that. In speaking with Eurogamer, Howard said the studio had been at least discussing the game since 2004, with Bethesda fully dedicating staff to it around 2015.

Despite the company having Starfield in mind since as early as 2004, that doesn’t mean it’s been actively working on it since then. But at the very least, we know it is well in development and has been the studio’s focus for the better part of the past five years. Howard told Geoff Keighley during a Gamelab discussion, “It took us a while to get that cohesive ‘this is what Starfield is,’ and now that project is off and running in a good way, and that was also why we felt good announcing it.”

For context, it took Bethesda at least around five years to complete development on Skyrim, assuming the team started work on it as soon as The Elder Scrolls IV: Oblivion shipped in 2006. With that in mind, the current COVID-19 pandemic has had an effect on the game’s development due to studios being forced to work remotely. This practice — although necessary — has slowed the production of many forms of media, not just video games.

When will Bethesda show more of Starfield?

As part of a November 11 AMA on Reddit, Bethesda Games Studios director Todd Howard said Starfield will be shown off for the first time next year. “We prefer to just show it, which should be next summer,” Howard said. “We’re happy with the advancements we’ve been able to make, some of which you can see in the trailer shot in-game.”